Erika and I have new little friends

The building itself is nice, new and loaded with places for animals to go enjoy themselves. The special cat-rooms they have are great.

Anyways, back last winter, Erika was checking their website and decided she wanted a rat. So we got a cage from PetSmart (that we later found out the employee forgot to scan, thanks for the cage, PetSmart!) and went to the Humane Society to pick up a rat we named Ernesto. Supposedly, he wasn't a friendly rat and he was pretty old, so we got him because we figured nobody else would really adopt him. Turns out, he's quite friendly and sociable even with other rats. 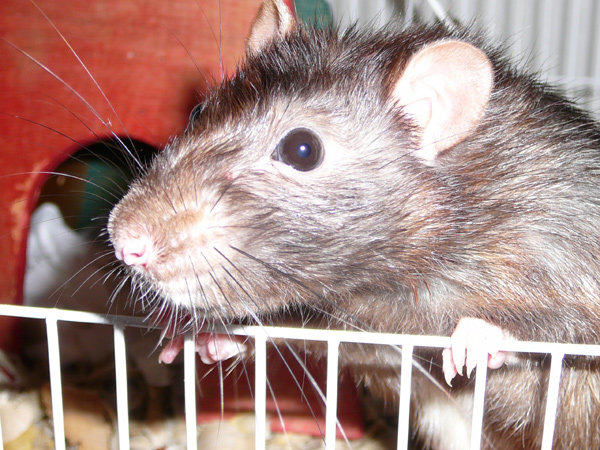 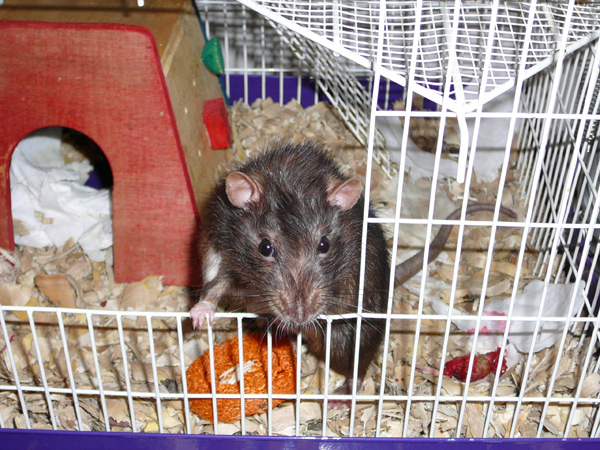 I never owned a rat before and was skeptical of whether I could like what is essentially vermin, but Ernesto is a good enough guy and won me over. He's done a nice job representing all of rat-kind.

Because of that, we recently decided to go raid the Humane Society full-scale. We figure that small animals aren't adopted out of there all that often, so it's the best place to get them. We went back a few days ago to get a few rats, as we bought a larger cage than the one ol' Ernesto got. Erika, of course, wanted them all.

We ended up getting four rats that were used to living together, and they're having fun. However, they don't have names, as they all look the same, heh. 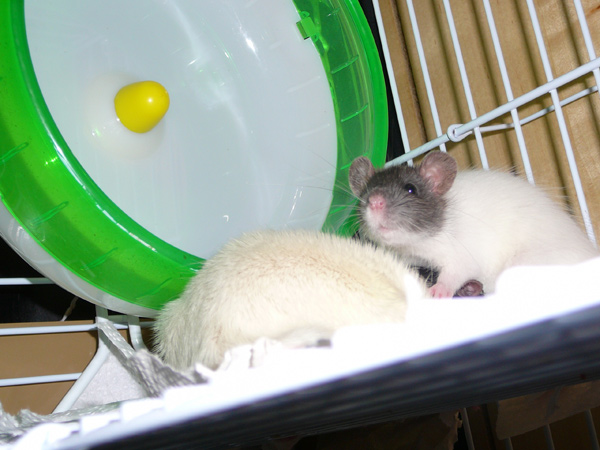 Of the four rats, two of the four males are about a month or so old. They came with two older brothers who are probably a year old. Hopefully with four of them in the same cage, they don't get as overweight as ol' Ernesto has gotten, heh. 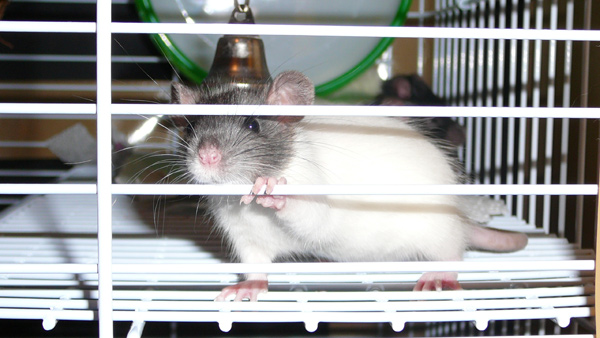 That little rat has done a nice job of getting out of the bars, heh, yay for industrial tape until he grows.

But the main reason I'm posting a blog is because the Humane Society had a ridiculous deal that we hadn't expected but had to pick up. They had a Degu there. I had never heard of a Degu before we saw one on the Humane Society website, but man, it's like a cute, nice squirrel basically. Erika says they were a fad a couple years ago, and I can see why. 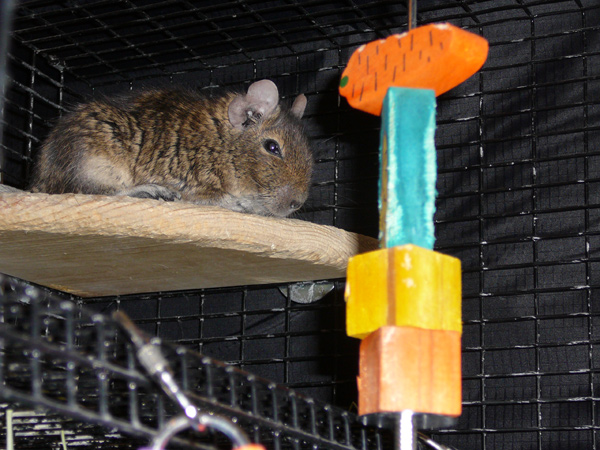 The Degu is pretty smart, when she wanted her dust bath, man... did she let us know by constantly chittering at us. It's fun to make little sounds back at the Degu and watch it try to understand what you're doing. Apparently they're supposed to be very intelligent, and so far lil' Deggy (Her name is Dixie, but I find myself calling her Deggy more than anything) has lived up to it. And... 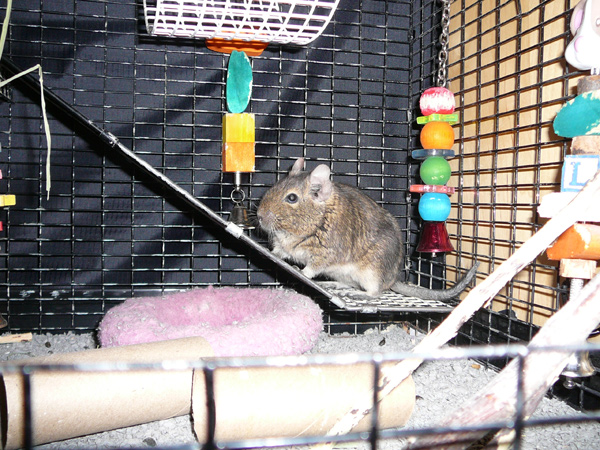 The cage is also ridiculously awesome. It's made by Portland's Quality Cage Company and retails for over a hundred dollars. However, the past owner of the Degu donated the cage and the Degu supplies for whomever adopted it. I'm not sure why they had to leave the Degu at the Humane Society, the stated reason was that they were moving to Bend, Oregon... but why couldn't the Degu go along? I don't get it. But whoever they were, they were nice people to leave all the supplies with the Degu so that she can have a nice, mostly uninterrupted rest of her life.

The awesome cage and the cool Degu were only 25 dollars at the Humane Society. The cage, Degu, supplies, all total? That's right, 25 dollars. Ridiculously good deal for such a cute, adorable and personable animal, not to mention the really quality cage.

Degu's can live up to fifteen years domesticated, with the average one living ten years. This Degu is only three, so I'm looking forward to having her around for a nice long time.

Anyways, I hadn't blogged in a while, but showing off our nice new friends is a pretty good reason to start doing so again. I'm especially happy that our cats don't seem to mind the rodent society we've built, they seem pretty content just to watch bemusedly while they run around their cages. Really, it's the same thing Erika and I do, so the cats are getting quite a benefit too.

Support your local Humane Society, they do a great and wonderful job of taking care of animals, especially if Portland's branch of the Oregon Humane Society is typical of the kinds of shelters they run.